How To Get Book Reviews On Amazon 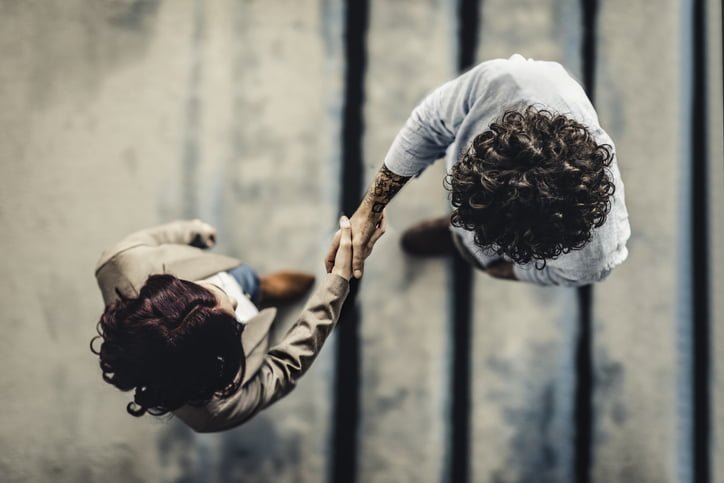 How To Get Book Reviews On Amazon

If you’ve ever bought anything, then you already understand the importance of a customer review. Before making a purchase online, book, or other, have you ever checked the reviews? You probably have. Was your buying decision influenced by those reviews? It probably was.

And it should. Reviews are one of the biggest quality signals of any product. Reviews are also a large part of how Amazon’s algorithm ranks books in their categories. Sales and reviews signal that a book has traction. Traction boosts ranking. The higher the rank, the more that Amazon will push your book and include in recommendations. To review– reviews create traction, traction boosts rank, rank increases visibility, visibility generates sales, sales make reviews…you should be able to see how this can snowball in your favor.

A potential reader is a lot more likely to buy your book if they can see that it’s already been vouched for by those who have read it. People are most likely to trust the opinion of other people, and that’s why reviews can be a make-or-break factor of your book’s success.

A high-star rating is obviously going to be best, but even a low-star rating is better than getting no reviews at all. No reviews mean low to no sales, which could mean that your book is even worse than just bad– it’s not getting read at all.

Luckily, you have some control over whether or not your book gets read and reviewed. If you are willing to put in the work, you can get reviews.

But first, let me be clear– do not try to buy reviews. Not only is that highly unethical, it’s ineffective. Amazon is remarkably good at picking up on fake reviews, and they’ll typically get taken down right after they’re posted. So whatever good that a fake review might do for you, it doesn’t stay up long enough anyways. All you’ll end up doing here is waste money and possibly get your KDP account flagged. It’s just not worth it.

Besides, you can get reviews for free. Once you get sales, you’re likely to get some reviews as well. Aside from general *promotion*, here are the best ways to get reviews for your book.

Hands down, the best way to get reviews for your book is *ARCs*. An ARC, or Advanced Reader Copy, is basically a trade-off between you and an advanced reader. They get to read your book for free ahead of publication, you get reviews once your book goes live. We’ve already talked about how important it is to get those early reviews, so it’s easy to see how giving out ARCs can be incredibly beneficial to get your book that initial traction for ranking and visibility. Any author, independent or otherwise, should always include using ARCs as part of their *book launch strategy*.

Since you can read all about ARCs *here*, we won’t be going too in-depth. The most important thing to know about ARCs is that you need to consider the timing of when you give your ARCs out and when you remind your ARC readers to write a review. Do either of them too early or too late, and you’re likely to lose out.

You should give out your ARCs far enough ahead of your publication date so that your ARC readers have enough time to completely read it, but not so far ahead that they’ll forget about it entirely. Always consider your book’s length, but we typically see that about two weeks ahead is most effective. Again, this value can vary. If you’ve written something that rivals the word count War and Peace, then you may want to consider giving them a long time to get through it.

Never trust that your ARC readers are going to remember when your book goes live, though. They are humans and they are likely to forget. Always send a polite email to thank them for reading your book, remind them that your book is now published, explain that an honest review would be helpful, and then attach a link to your Amazon page.

But you need to be very careful with how and when you send out this reminder. If you message all of your ARC readers at once, you might get a bunch of reviews at the same time. A sudden high volume of incoming reviews can look suspicious to Amazon’s detective software, and you could risk getting perfectly good reviews removed. To avoid any possible issues, you can stagger your incoming review by organizing your ARC readers into different “groups” to message at separate times.

Most people are lucky to have family and friends that are interested in and support their endeavors. Hopefully, you’re one of those people. A support network is great to have for many reasons, but one of them is that they’ll do just about anything you ask– pick you up from the airport, loan money, probably even give you a kidney. And if you ask nicely, you can even get them to write a review for your book.

Reaching out to your friends and family for reviews often proves to be the best return on your time. Out of everyone in the world, they’re the most likely to do it.

Write down a list of the names of all of the people in your life that actively support you. This means your best friend, could mean your parents, but definitely doesn’t mean the girl you sat next to in third grade whose name you can’t remember. Next to their names, write down their email addresses. Instead of contacting each and every person one by one, you can simply create an email list to send out a message en masse more or less like this:

Thank you so much for all of the support as I’ve been writing. [Title of book] is now available on Amazon, and I need to ask you for a favor.

If possible, it would really help me out a lot if you could write an honest review for my book. I’ve attached a link to my Amazon page below. Again, thank you.

If they don’t end up writing a review, don’t take it personally. Don’t even bring it up. You’re asking them for a favor after all, and they’re free to decline. And if they do write a review, be sure to personally thank them.

The easiest, most passive way to get reviews is to simply include a reminder at the end of your book. Readers who have just finished your book are more inclined to leave a review while it’s still fresh in their minds, so this is the easiest and most immediate way to ask them. You can write a page along these lines:

Thank you very much for taking the time to read my book. I’d love to hear your opinion– the good, bad, and ugly. If you could take a few more minutes of your time, please leave a review on my Amazon page.

Now, you’re not necessarily going to get hundreds of extra reviews this way. People typically don’t like to do something that doesn’t really benefit them unless they’re prodded to. But it’s one extra thing you can do that might get you a few extra reviews, and that makes it worthwhile.

You might have noticed the word “honest” is used a lot here. When asking for reviews, you need to be using that word just as much. Outright asking for 5-star reviews is tactless, annoying, and will often lead to reviews getting removed. You don’t even need to say it explicitly, anyways. Your ARC readers and support network will most often write a positive review.

Your organic readers (as in, the people who bought and read your book) are the ones who are going to be leaving the most critical reviews. You are likely to get at least one bad review. That doesn’t make your book bad. Even great works have their haters. Consider the criticism only in terms of how you can improve your writing and don’t take it as a personal attack. Also, feel free to disregard what they say if it seems like they just wanted to complain. The world is full of those, and their opinions often aren’t worth much of anything.

When it comes to *your book launch*, getting reviews is typically going to be the biggest goal for overall success. Sales, ranking, visibility, everything tends to start after the 5-stars. The initial wave of reviews is that critical push you need to get the rest rolling. 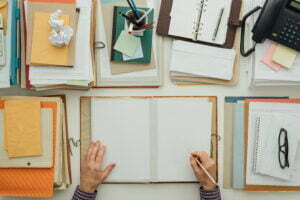 The Publishing Process: The Steps for Traditional and Independent Publishing

Looking for a Literary Agent